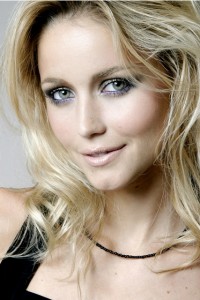 Kerry McGregor was born in Cape Town, South Africa on September 26th. She started modelling at the age of 15 and joined Fusion Models. At the tender age of 16 a French scout spotted Kerry and she was whisked off to Paris (during her school holidays…) – she was adamant she wanted to finish her schooling!

Before long she was working in all parts of Europe and the US and made her way to the Big Apple. In 1999, she got her first feature in SA Sports Illustrated and graced the cover the very next year.

Kerry has been on both local and international magazine covers, some including Cosmopolitan, GQ, Sports Illustrated, FHM and Marie Claire and featured in many ad campaigns around the world. She was the face of Wonderbra for 5 years until 2005. She holds agencies in NY, Paris, Germany, Amsterdam and London. She was also voted FHM’s no 1 in their Sexiest Top 100.

Now married to cricketer, Neil McKenzie, she has started a family and spends her time balancing work and being a mom.